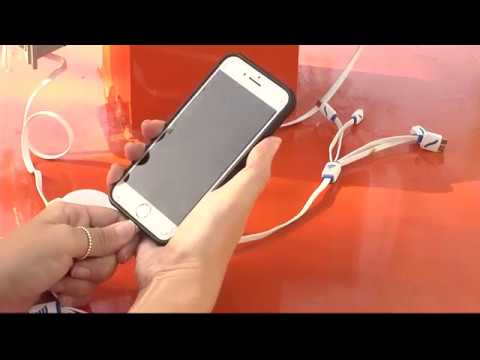 The city of Gainesville has partnered with Pure Energy Solar to provide solar-powered charging stations in areas frequented by pedestrians, bicyclists and those waiting on buses.

The stations — installed as a six-month trial — store energy from the sun, and they can be utilized any time: at night, on a cloudy day and during an electrical outage. Users can charge their phones, laptops and battery-powered wheelchairs for free.

The 10 stations are located throughout the city: at parks, a bus stop, City Hall, the Helyx Bridge over Southwest 13th Street and Butler Plaza. The city is monitoring the usage to help determine if the stations will become permanent fixtures.

“You could be out of lights or something, all you can do is just come downtown … and charge your stuff,” Gainesville resident Brenda Smith said. “So it’s a really good thing,”

Pure Energy Solar, a business on Northwest 23rd Avenue, allowed Gainesville to use the charging stations for the trial, which is set to go through March 2018.

“This is a way Pure Solar could come in and demonstrate their product and then offer it if the city chooses after six months to purchase these stations around the city,” Gainesville spokesperson Chip Skinner said.